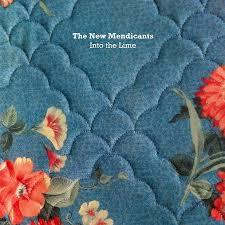 “Sarasota” kicks this record off and it reminds me of a revamped “Like A Rolling Stone” by Dylan for a few seconds until the vocals kick in and then you realize the band is a shoe gaze pop band. Their music is an interesting mix of upbeat rock and mid tempo dreariness with a 70’s quality. “Cradle of War” is an epic 7 minute song off this record & it will take you places if you give it a chance....the guitar solo’s are amazing, the keyboards are strong and the vocals are perfect.

“Rumors of Better Life” is actually my favorite off this record and it’s because the intro is just an acoustic guitar with vocals....this is where you hear the bands song writing skills because they strip it all down.... they sound amazing on every track but “Rumors of...” is the one that really got me!

This 20 minute disc is chock full o’ memorable melodies, strong choruses and overall good pop stylings which is what makes the band memorable.

Radiohead coupled with The Meat Puppets are how I’d describe their sound but to be honest with you that’s not a 100% accurate description because the band has their own “thing” going on but those are 2 bands that I can hear in parts of “Teeth” which opens this EP.

“Dirty Vodka” is a fuzzy toned rocker and “Green Grass” reminds me of Kings of Leon just a tad while “Shoulder” closes this disc off in style.

Broken Gold are the next big thing in modern rock music because they are playing it from the heart and their mix of garage meet indie sounds perfect!

This EP was funded by a Kickstarter campaign and the 4 songs on this EP sound good.

“1903” opens with a bass line that leads into the basic rhythm of the song and the band sounds like a mix of old Anthrax & old N.W.O.B.H.M. Overall this is a great debut from the band and it is pretty cool that we are in an era when a band can get their fans to help them release music.

This dvd takes you on a journey with The Doors...you see the band from start to finish via early TV clips, home video, and whether you’re a die hard fan or simply a casual listener this dvd is entertaining and informative because it shows how the band progressed and evolved over the course of their short time as a band with Morrison.

The band were highly political when it came to their views on war & culture which the home movies on this dvd show quite well. The bonus footage offers up many never before seen live clips as well as a mini documentary that completes this set perfectly.